Pay approximately 40% of the full premium since you were insured from the time the wheat was sown until March 15th. Coverage is terminated at this time.

Premium must be paid by sales closing date of the following year.

A policy remains active until canceled in writing by the insured. The policy will remain at the same level each year unless covrage level is changed on a new application by Sales Closing Date. 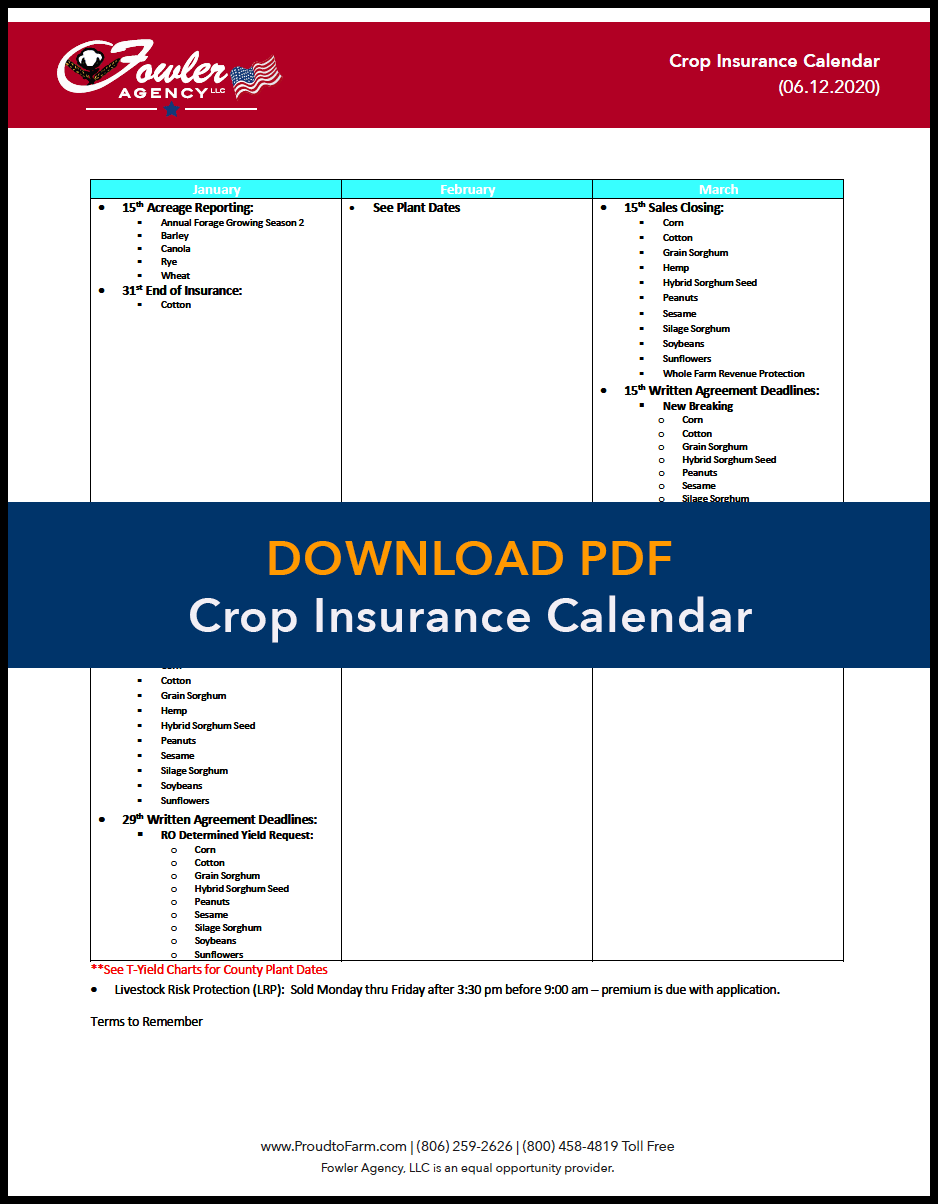 Beginner Farmer & Rancher (BFR) –must not have actively operated and managed a farm or ranch in ANY county/state, for more than 5 years, with an insurable interest in a crop or livestock as an: owner-operator, landlord, tenant, or sharecropper. Exclusions may apply: under the age of 18, in post-secondary studies or on active duty in the U.S. military.

New Producer (NP) –a person who has not been actively engaged in farming for a share of the production of the insured crop in the county for more than 2 APH crop years.

Everything Ag – At Your Fingertips